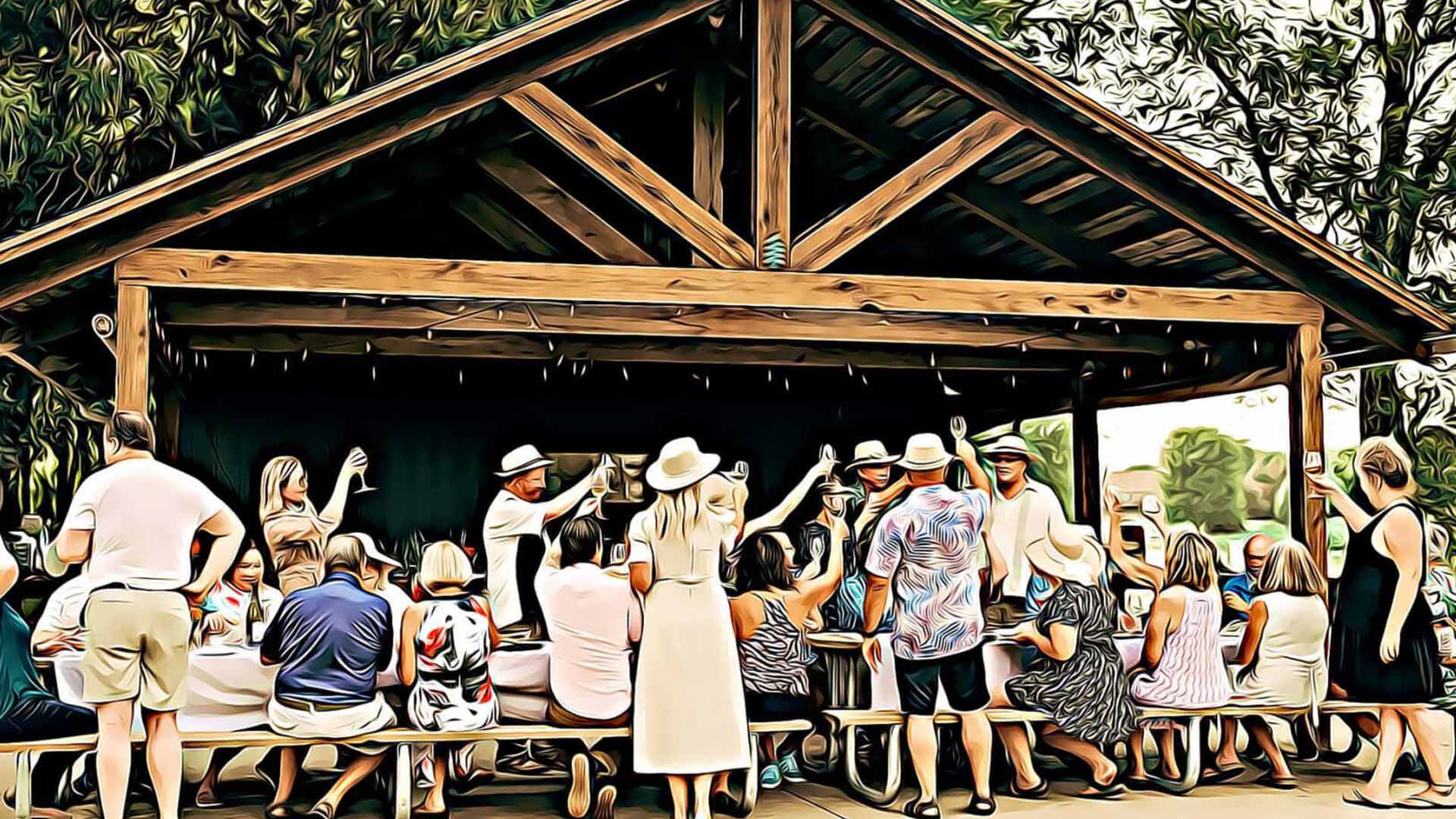 The Nostalgic Chef appears on In The Moment on South Dakota Public Broadcasting to talk about her book Nostalgic Feast. 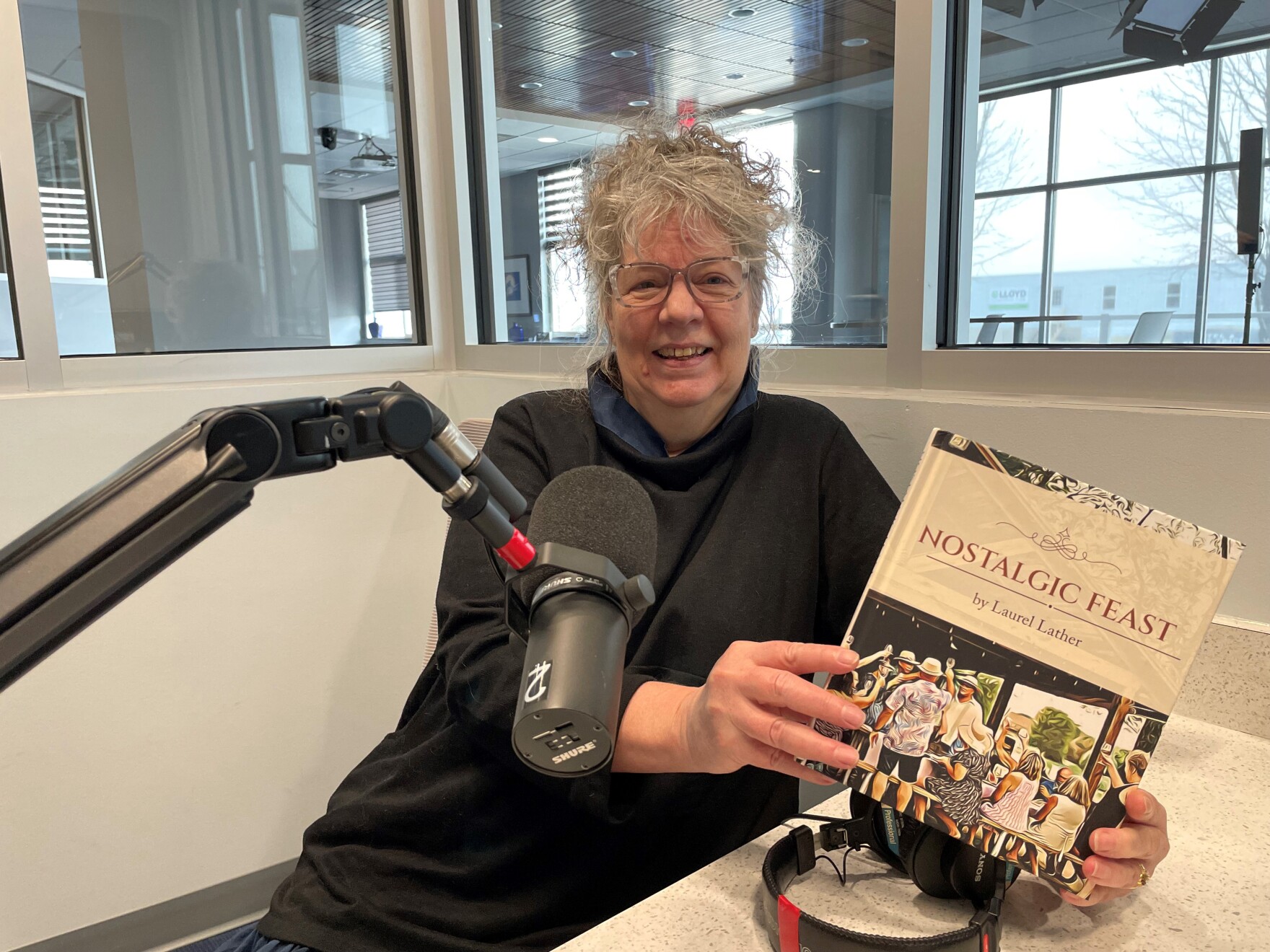 Laurel Lather joined Lori Walsh, her interviewer, in the SDPB Studio in Sioux Falls on April 14th. Lather first talked about her childhood and spending time with her grandparents at their fishing resort. One reason food became treasured to Lather is because of the memories she had with her grandparents. She would create meals in the kitchen with her grandmother, who was also an extraordinary cook. Her grandpa would garden growing the food they would cook in their next meal.

Food is not just about consumption for Lather, it is about the story behind the food. The memories created while making a dish and eating it with loved ones makes it more than just satisfying one’s hunger. Lather stresses the importance of having an occasional meal that is created and eaten with one’s family. It helps to create positive memories surrounding food.

Food and Fermentations, her Sioux Falls restaurant, why was it so unique?

Lather explains she wanted to bring something “different to the plate in Sioux Falls”. She wanted to take something that is a comfort or familiar and try new ingredients that will bring “curiosity to the community”. She wanted her community to be bold and creative and helped them to evolve to create their own unique recipes. In saying this, Laurel also challenges readers of Nostalgic Feast to not take the recipes seriously. She explains a recipe is a guideline, if they do not like a particular ingredient, “take it out and replace it”. Creativity is the main ingredient that can make these recipes from the book something new and unique.

Walsh considered that while Laurel is an amazing cook, she is also an exceptional entrepreneur. How does Lather merge creativity and tenderness with the structure of running a business? Lather explains her husband and her make a great team that help keeps that delicate balance. Lather Created her first business at 22 years of age and her grandparents were entrepreneurs.

Walsh then questions Lather about her food writing; how did she come to write about food? Lather always enjoyed writing, and did a blog before for the Argus Leader, but when she was in the restaurant business, she had no time to write. Her recent retirement however, helped prompt her to get back into writing since she now had the time. Nostalgic Feast is her way of saying goodbye to the restaurant business, but it is also a memoir of being in the business and the wonderful people she met along the way. 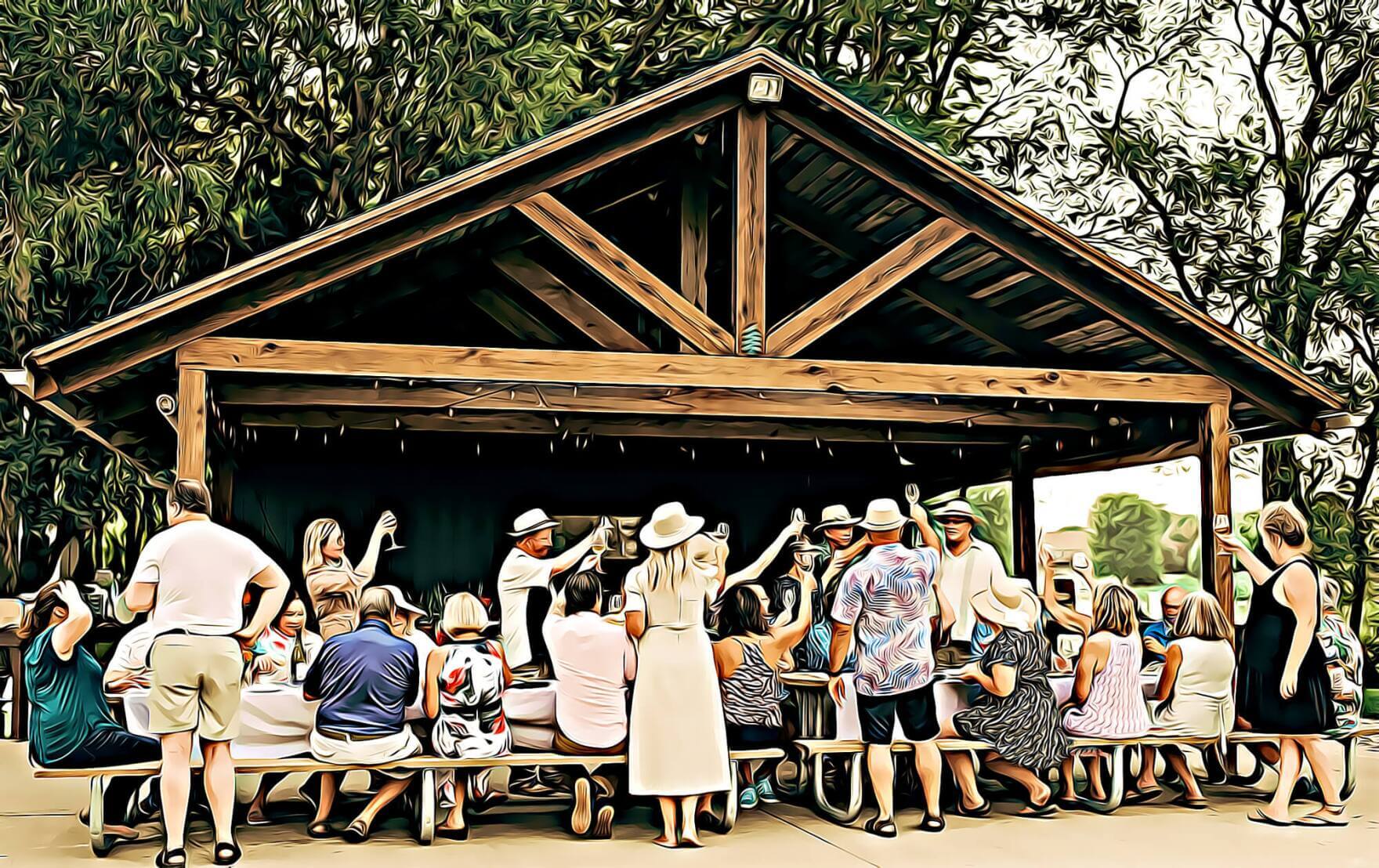 The cover, how was the Nostalgic Feast book cover created?

Lather explains it was of friends who supported them over the years. (read more about the Nostalgic Chef cover by checking out the article: Child Number 3: Nostalgic Feast on the SJP website) Lather knew her book had to be about the people, her old friends from the restaurant. Her friends gathered together that day reminded her of a large family reunion. She wanted the cover of her book to be dreamy so she put a filter over the photo to give it that aesthetic. Every time she opens the book, it brings back memories. She would look at the pictures and get lost in thought with the recipes and would think about the individual people that go along with each recipe.

Near the end of the interview, Lather introduces her next culinary adventure. She is preparing to move on from her memories and thoughts about food to the South Dakota community and their recipes and thoughts about food. The book she will write will be called Community Feast, and will follow Lather’s journeys to small towns to find the hearts and special recipes of small, family-owned restaurants and communities. It is an honor that an sjp author appeared on South Dakota Public Broadcasting, and Laurel will continue to grow her food community with her upcoming tour for her next work.

Listen to Lather’s interview with SDPB here or read the transcript of the interview here.

This website uses cookies to improve your experience while you navigate through the website. Out of these, the cookies that are categorized as necessary are stored on your browser as they are essential for the working of basic functionalities of the website. We also use third-party cookies that help us analyze and understand how you use this website. These cookies will be stored in your browser only with your consent. You also have the option to opt-out of these cookies. But opting out of some of these cookies may affect your browsing experience.
Necessary Always Enabled
Necessary cookies are absolutely essential for the website to function properly. These cookies ensure basic functionalities and security features of the website, anonymously.
Functional
Functional cookies help to perform certain functionalities like sharing the content of the website on social media platforms, collect feedbacks, and other third-party features.
Performance
Performance cookies are used to understand and analyze the key performance indexes of the website which helps in delivering a better user experience for the visitors.
Analytics
Analytical cookies are used to understand how visitors interact with the website. These cookies help provide information on metrics the number of visitors, bounce rate, traffic source, etc.
Advertisement
Advertisement cookies are used to provide visitors with relevant ads and marketing campaigns. These cookies track visitors across websites and collect information to provide customized ads.
Others
Other uncategorized cookies are those that are being analyzed and have not been classified into a category as yet.
SAVE & ACCEPT
Share This